Once a year, all of Mississippi State University’s engineering majors come together to compete in E-Week (Engineering Week) to win the title of “Best Engineering Major.”  E-Week is an event hosted by the Engineering Student Council that consists of a variety of competitions ranging from playing dodgeball to solving virtual reality puzzles to building marshmallow towers. Any engineering undergraduate student, graduate student, or even faculty member is welcome to participate on behalf of their major. 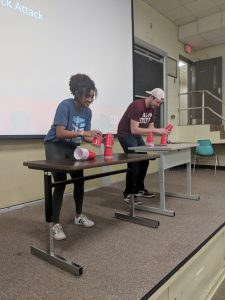 The first-place winner of each competition is awarded 100 points for their major with second place earning 85 points, third place earning 70 points, and so on with participation points also being awarded for a social media challenge.  At the end of the week, a closing banquet is held in which the engineering major who earned the most points is awarded the E-Week trophy. 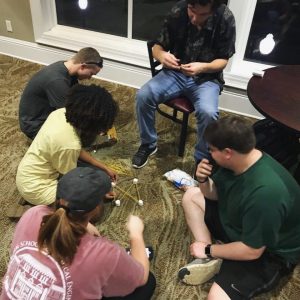 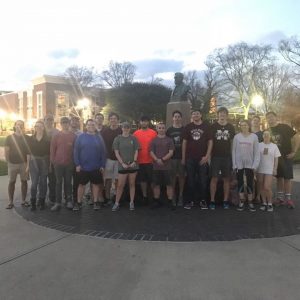 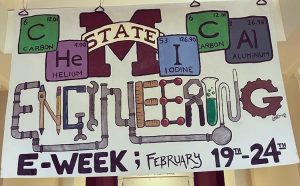 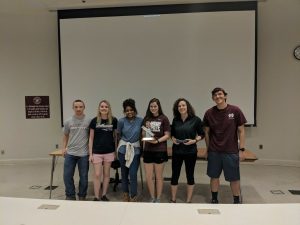 With such an outstanding amount of participation and hard work, it came as no surprise that the School of Chemical Engineering came in 1st place winning the 2018 E-Week trophy by several hundred points.  This accomplishment places the chemical engineering students on a two-year win streak and proves once more that they have the skills and determination to reach their goals.  E-Week was a great opportunity for these students to have fun through friendly competition in a variety of different challenges while still rising to the occasion and setting their major on top.  The Dave C. Swalm School of Chemical Engineering is excited to hold this honor for a second year and hopes to continue to hold the trophy in next year’s E-Week!