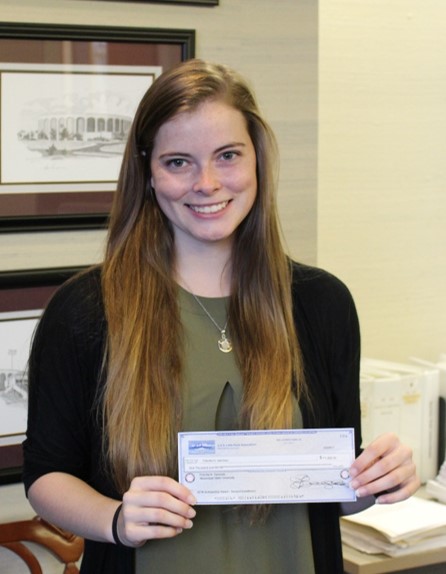 Priscilla Symmes—Co-President of our AICHE student Chapter is a second year recipient of the U.S.S. Little Rock Scholarship.  Her grandfather was a member of the crew on the U.S. Cruiser Little Rock built and launched during World War II.

The U.S.S. Little Rock Association recognizes scholars among the decendents of crew members and officers assigned to the ship.

Congratulations Priscilla on this recognition and your outstanding academic performance!