On Saturday, February 1, 2020, Mississippi State’s chapter of AIChE partnered with Girl Scout troops from across Mississippi to hold an annual all-day event. Girl Scouts Day is for elementary and middle school girls to learn about opportunities, not only in chemical engineering, but in a variety of STEM subjects. The organizer of this event, Clayton Dickerson, stated how great it is that AIChE members were able to participate in outreach to girls in STEM. Through this event, participants were able to earn a merit badge and gain a knowledge from college engineering students.

A total of about 60 girls (from first to eighth grade) and their troop leaders traveled to the Swalm Chemical Engineering Building, where the event was held. Approximately 30 volunteers from AIChE worked as group leaders, taking the girls to and from stations, and as station leaders, leading a total of 8 stations.

The first station was the absorption station where the girls got an insight into the water treatment process. “Dirty” water was cleaned using a carbon filter that absorbed the containments. At the second station, sodium alginate was added to calcium lactate gluconate to form a polymer. In addition, the fluorescent liquid from a highlighter was added so that the polymer could be seen under a blacklight. The third station was about investigating fluid flow using different colors of PlayDoh through a toy extruder. Also, for some of the older Girl Scouts, a basic concept of laminar flow was explained. The Girl Scouts created a lemon battery at the fourth station to understand the basic principles of alternative fuel options. Using the lemon to power it, the girls used zinc and copper electrodes to turn on a LED light.

The fifth station was the “human battery,” which used electronics that were designed to create a current on one side that is hot and one side that is cold. The cold side of the electronic was set on pans of ice and was wired in a series to turn on a lightbulb. Whenever a girl placed her warm hand on the electronic, she would power it. At the sixth station, the Girl Scouts got a walk-through of the Unit Ops Lab, including a look at the pipe rack running with water, the distillation column, and the fans on a heat exchanger. The seventh station is where Dr. Neeraj Rai and other volunteers gave the girls a look into atoms and molecules. The girls looked at how oil and water behaved, versus salt and water, and the polarities behind these behaviors. And, at the eighth and final station, Dr. Santanu Kundu and his team used cornstarch to investigate polymers, since cornstarch is a naturally occurring long chain molecule. The girls learned that, if they gave the cornstarch time to relax, it behaved as a fluid; if not, then it behaved as a solid. At all eight of these stations, the girls also learned the applications of engineering to their everyday lives.

All of the girls were very engaged and excited to learn about what AIChE had prepared for them. It has shown that, by capturing STEM interest at an early age, the individual is more likely to enter into fields such as engineering. Perhaps some of the Girl Scouts who attended the event will be a future Mississippi State chemical engineering student! 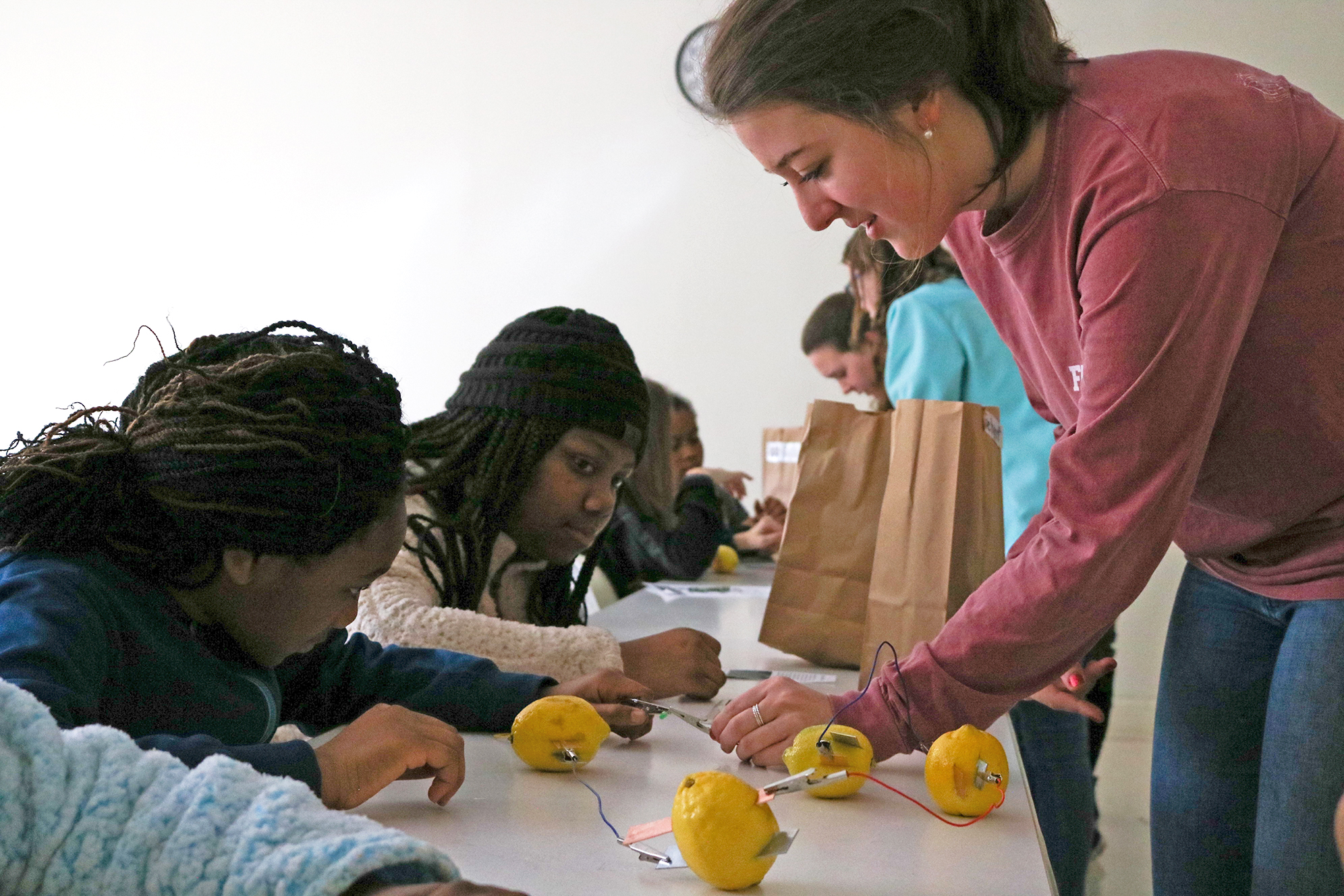